TRIESTE – A pilot project was launched in recent days to connect Molo V of the Port of Trieste to the Cervignano dry port.
The structure (a subsidiary of Interporto Trieste) thus becomes a “temporary quay” for a new test on two international railway services already active at the harbour: Nuremberg-Trieste (arriving) and Trieste-Karlsruhe (departing). The first test saw the train leave on Saturday from Nuremberg with the new stop in Cervignano and today’s arrival at the Port of Trieste, thanks to the collaboration with Mercitalia Rail, the main national railway company.
The second phase of testing will instead be verified on a connection departing from Molo V towards Karlsruhe, with the support of Adriafer, the shunting operator and short-haulage railway company at the Port of Trieste. This train will also stop at the Cervignano dry port to leave the following day in the direction of Germany with Eccorail, an Austrian railway company that has started operating several railway services in the port of Trieste a few months ago.
In addition to the Samer Seaport terminal and the Cervignano dry port, the operation involves DFDS as a Ro-Ro operator connecting the Mediterranean with the North Sea from Trieste through the port’s rail network, while Alpe Adria coordinates the initiative.
The procedure aims to increase the network’s overall capacity, precisely through the logistic “treadmill” that will extend from the port terminals to the internal areas of the dry ports, with a critical role for Cervignano, thanks to its central positioning as a railway and motorway hub.
The process is part of a wider project that sees the Friuli Venezia Giulia Region and the Port Network Authority of the eastern Adriatic Sea as leading players, starting from the solid base of commercial traffic of the ports of Trieste and Monfalcone.
The joint action aims to create a logistic network of the territory, strengthening the concept of “region-port”. The difficulties to be faced concern the collaboration between all the stakeholders of the territory and the connection of the various infrastructures, without additional costs for private operators.
«Once the first results have been verified and measured – explains the president of the Authority, Zeno D’Agostino – it will be natural to activate the involvement of the other port terminals, other dry ports and shipping companies to offer capacity and value-added services also in the hinterland and making logistic chains increasingly competitive also at the service of the industrial network of Friuli Venezia Giulia».
«The pilot project – adds the CEO of Alpe Adria, Antonio Gurrieri – is open because it will activate synergies with operators and other railway companies that gravitate or operate within the regional logistics network, to guarantee neutral, flexible and sustainable development». 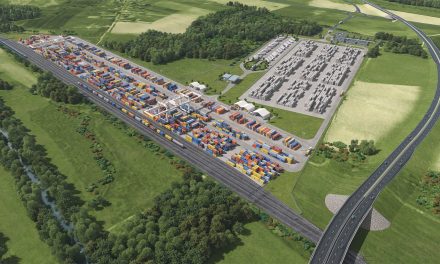