TRIESTE – «Italy and the port of Trieste, in particular, are undervalued for their role in the passage of energy sources (oil through Siot, ed.) towards Germany and Eastern European countries, but also for the passage of routes from China. These are levers that Trieste and Italy could use to ask something from our partners».
With this stone thrown into the pond by the geopolitical expert of Limes, Giorgio Cuscito, the convivial meeting of the Propeller Club of Trieste ended yesterday evening. It dealt with the themes of the increase in maritime freight rates, the costs of raw materials, the slowdown in production and the consequences for industry and consumers.
Cuscito’s introductory speech highlighted the clash between China and the USA for world economic supremacy, also through maritime traffic control. To a specific question, Cuscito then recalled how the Dragon was expected to invest in the port of Trieste, which then vanished into thin air after the Atlantic allies pointed out the possible contraindications of similar investments. A change of course that, at the moment, has not brought advantages to the port of Friuli Venezia Giulia where, according to the expert in international affairs, there is what it takes to be exploited precisely in the light of the ongoing battle.
Still about the local situation, the president of Confetra FVG, Stefano Visintin, had previously drawn attention to the fact that, lacking direct connections with the USA, which is to some extent grabbing raw materials, shippers and customers of the port of Trieste do not enjoy any advantage. On the contrary, they suffer from the price mentioned above increases, which make their products less competitive in the Middle and the Far East markets, traditionally served by the port of Trieste.
The evening’s speakers included Paolo Galli (Director of Logistics Purchasing for Electrolux), Valentino Soldan (Director of Logistics for Benetton) and Alessandro Santi (President of Federagenti).
Galli and Soldan explained critical issues and possible solutions for the problematic situation that Italian companies are experiencing due to the increase in container freight rates and the significant uncertainties on the timing of delivery and shipment of goods.
«Electrolux sells about 60 million appliances every year worldwide, with almost 300 thousand teu moved every year. After the shutdown, we had to get going again, and it all got jammed up. In 2020 it was mainly a cost problem in the logistics chain; in 2021 the problem also became a service problem. In 2022 I’m afraid the two problems will add up: the costs are almost unsustainable, and the service is at its worst,» said Galli.
According to the representative of Electrolux, companies will be forced to make comprehensive risk management reasoning to decide how to obtain a more reliable supply chain. A logistics system that is much more extended to the rest of the company and more systematic and strategic relationships with shipping companies could be the best way forward.
Soldan’s intervention was in the same vein, for whom «… until now, logistics has been considered a commodity with rather guaranteed times and costs. Now we are on a surfboard over a wave; we have to dominate it and follow it as best we can to bring home the result. It’s hard to set a transportation budget for the next few years».
A solution may be sought in reshoring for the Benetton representative, although the path will not be short. «In one, two or three years, the situation will change, and perhaps we will return to the old pattern. What is valid today is not necessarily valid in a year,» concluded Soldan. Finally, both stressed how the logistics function had become a fundamental element in the strategic decisions of their companies.
Visintin (and, to some extent, the other speakers) closed with a polemic, but always in a constructive tone, with the last speech by Alessandro Santi, who was somehow called upon to represent the Shipping Companies. Visintin pointed out how the oligopoly created in the container shipping sector has generated in the pandemic period vertiginous price increases, service delays, unavailability of empty containers and space on ships, so much so that some speak of a “cartel” among shipowners in this sector; Santi retorted that the term is unacceptable and that the rates of a “capital intensive” activity such as shipowning were too low until two years ago.
«Supply chain optimization and reshoring are fine, but the thinking needs to be more global: the whole cluster should sit down at the table to find a common solution. We need to work more on the cause than the effects. Let’s try not to divide ourselves. We must contribute to a change of general vision – concluded Santi – also asking for attention from the Government. We need a strategic vision for the Mediterranean». 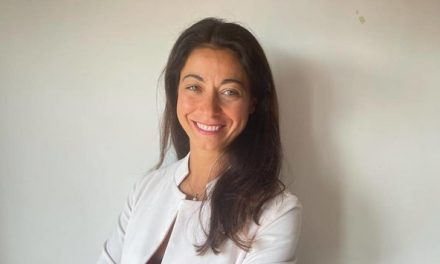 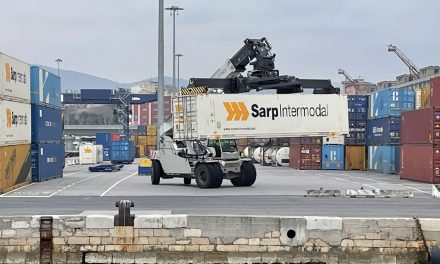