TRIESTE – A new load of timber will arrive in Trieste tonight on board a 16 wagons train from Slovakia. Another train will replicate the one that came in the last weeks from Austria in the next few days, the first at the Scalo Legnami yard after 15 years.
Still talking about trains, Rail Cargo Group has decided to provide a new train as part of the TransFER service between Villaco and Trieste in the last few days. Starting from September 10, in fact, TransFER has been expanded with the new connection offering direct transport of wagons (non-stop in RCG own traction) through the new railway siding to and from the terminal of the new Logistic Platform managed by PLT Italy, a subsidiary of the German Group HHLA.
The new railway siding will be used to transport wood, steel, aluminium and other non-ferrous metals directly to the PLT terminal, which is now one with the Scalo Legnami. All this heat for new trains is, at the moment, also urged by the shortage of trucks and drivers that is penalizing the entire European market.
After a long wait, the Port of Trieste seems to have triggered the trend expected for years to find a flow of traffic by rail with Central and Eastern Europe for general goods. Moreover, in recent weeks, Hhla Plt Italy had declared to be working to trigger a virtuous circle to make the first train after 15 years a catalyst for new traffic. The challenge now is to organize a flow of goods also outbound to Austria, hoping that other trains will follow the example.
After the changes to the infrastructure by RFI, the terminal is able to use the new rail link, which allows direct access of trains to the international network without passing through Campo Marzio station.
Moreover, the Logistic Platform is preparing to welcome the increase of Ro-Ro traffic along the freeway of the sea towards Turkey. In the last few days, another weekly service of Ulusoy has started (the number of calls has increased from 3 to 4), connecting the port of Çeşme to the Logistic Platform. This traffic is in theory destined to the nearby TIMT terminal (managed by Samer & Co. Shipping and the Turkish operator Ulusoy on the quay between Molo VII and Molo VI), which is increasing its traffic with Turkey. 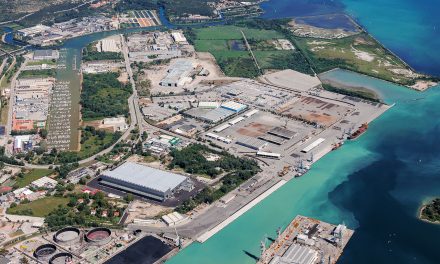 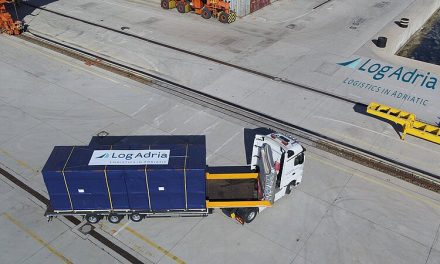 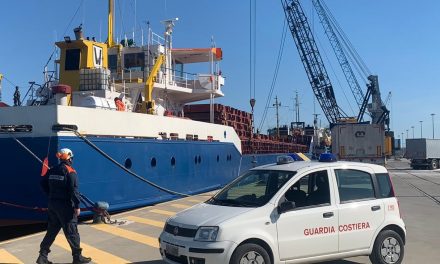 Porto Nogaro, ship stopped for violations of the legislation on “Ship Recycling”