TRIESTE – Businesses and sustainability, sea professions and “green ports” will be the topics of the forum presented today in Trieste and scheduled from 6 to 9 October as part of the events linked to the most popular regatta in the world.
Barcolana Sea Summit, the first edition of the event dedicated to the sustainability of water systems, results from a strong partnership between the public bodies that play a role in the protection of the sea and the city’s development.
The Port Authority of the Eastern Adriatic Sea, the Coast Guard, the University of Trieste, the National Institute of Oceanography and Experimental Geophysics, the Central European Initiative, the FVG Region, the Chamber of Commerce of Venezia Giulia and the Municipality of Trieste will be joined in the coming weeks by private partners and environmental associations.
The topics have been divided into 6 “routes” to discuss the state of health of the Mediterranean, the role of science diplomacy in supporting innovative and integrated sea policies for the protection of the sea, the circular economy in the nautical sector, the future of the Port Cities (in the perspective of ecological transition thanks to the economic impulse of the recovery plan), but also the key role of Trieste in international relations with Mitteleuropa and the InCE countries.
The fourth “route”, in particular, will deal with the Blue economy and the professions of the sea. A focus will be dedicated to how to direct “Generation Z” towards jobs capable of combining science, innovation, technology, passion for the sea, tradition and sustainability. The fifth “route”, on the other hand, will attempt to explain how the development of ports affects the development of cities. But also how the port’s energy transition can turn into an extraordinary opportunity to change citizens’ lifestyles.
The event will take place in Trieste’s new conference centre located in Porto Vecchio. Space has been chosen to create added value for the city by promoting the new TCC-Trieste Convention Center to participants and the international public.
«We strongly believe in the development of the blue economy, which will be a fundamental part of the sustainable port strategy of tomorrow. This approach involves significant investment in research and innovation. Events such as this one are fundamental to get an idea of the state of the art: a series of issues that will become the pillars on which the future of the ports of Trieste and Monfalcone will be based in the coming decades will be discussed,» explained Zeno D’Agostino, President of the Port Network Authority of the Eastern Adriatic Sea. 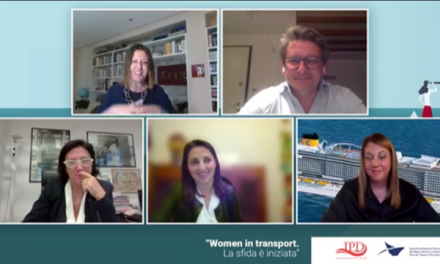